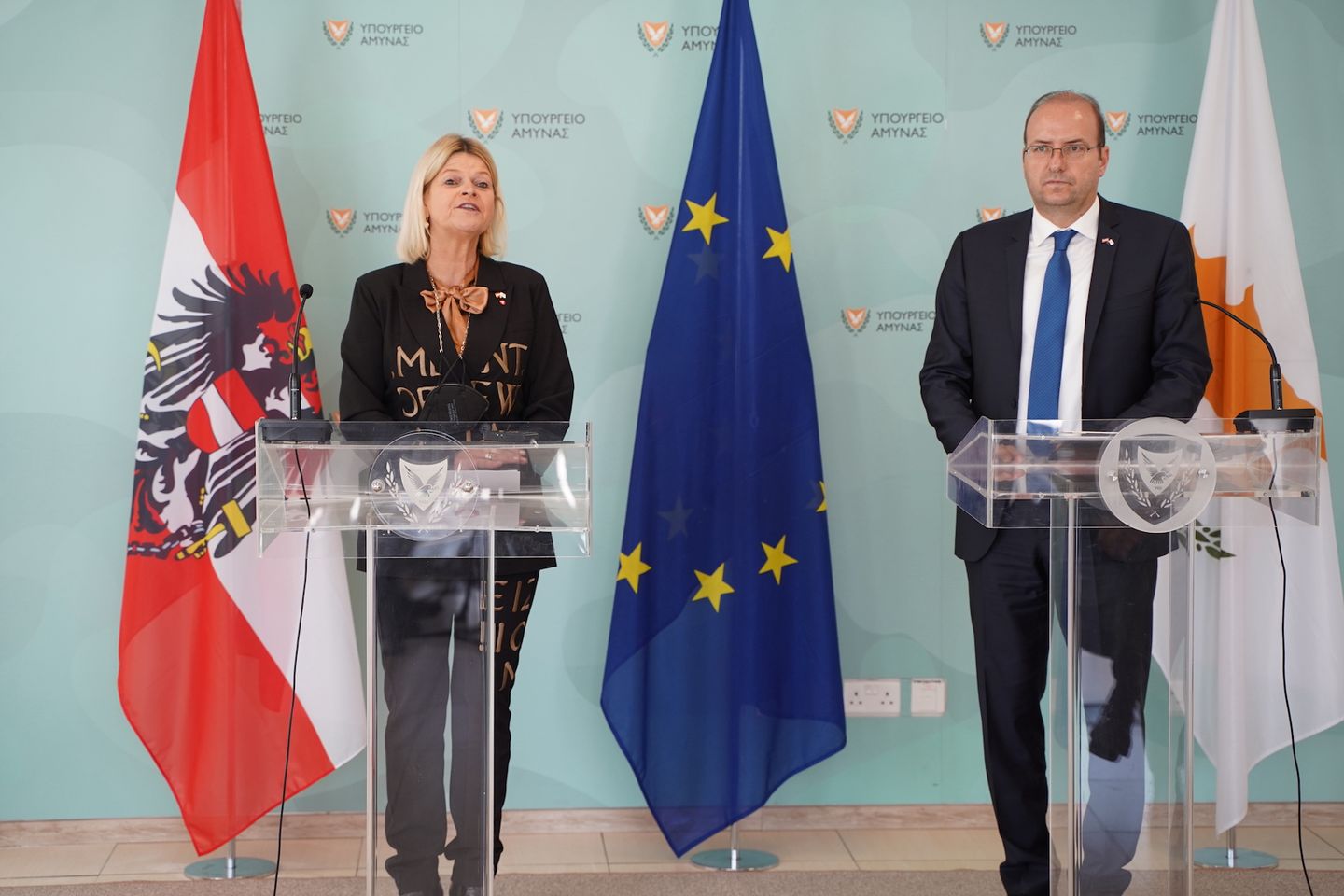 During the consultations, the two Ministers discussed issues of mutual interest in both bilateral level as well as the various European defence initiatives. The Ministers also had the opportunity to discuss other issues related to emerging challenges in the Eastern Mediterranean region, that pose threats to international peace and security.

The Ministers, condemned actions that undermine the sovereignty, territorial integrity and unity of any country, highlighting the need for respect by all countries, of the international law, the UN Convention on the Law of the Sea (UNCLOS) and other relevant agreements.

The Ministers reiterated their commitment to further strengthen their efforts within EU to combat terrorism, illicit trafficking of weapons and illegal migration flows. In this regard, they expressed their deep concern at the tolerance shown by some countries, which allow foreign fighters or illegal migration flows to cross and move through their territories, threatening the security and stability of other countries.

The Ministers referred to the prospect opened up by the Strategic Compass on potential threats to the EU as perceived by the Member States, as well as the Mutual Assistant Defence Clause (Article 42/7 TEU). At the same vein, both Cyprus and Austria support a mutually beneficial EU – NATO cooperation, based on the principles of transparency, inclusiveness and reciprocity, and with respect to the decision – making autonomy of each Organization.

The Ministers also had the opportunity to review the latest developments and the progress achieved so far and discuss ways, to further enhance the bilateral cooperation in the fields of Defence and Security between the two countries. They agreed to continue their cooperation between their respective Defence Academies for promoting and delivering CSDP related training courses.

Finally, the Ministers also had the opportunity to discuss, the current situation in Ukraine.