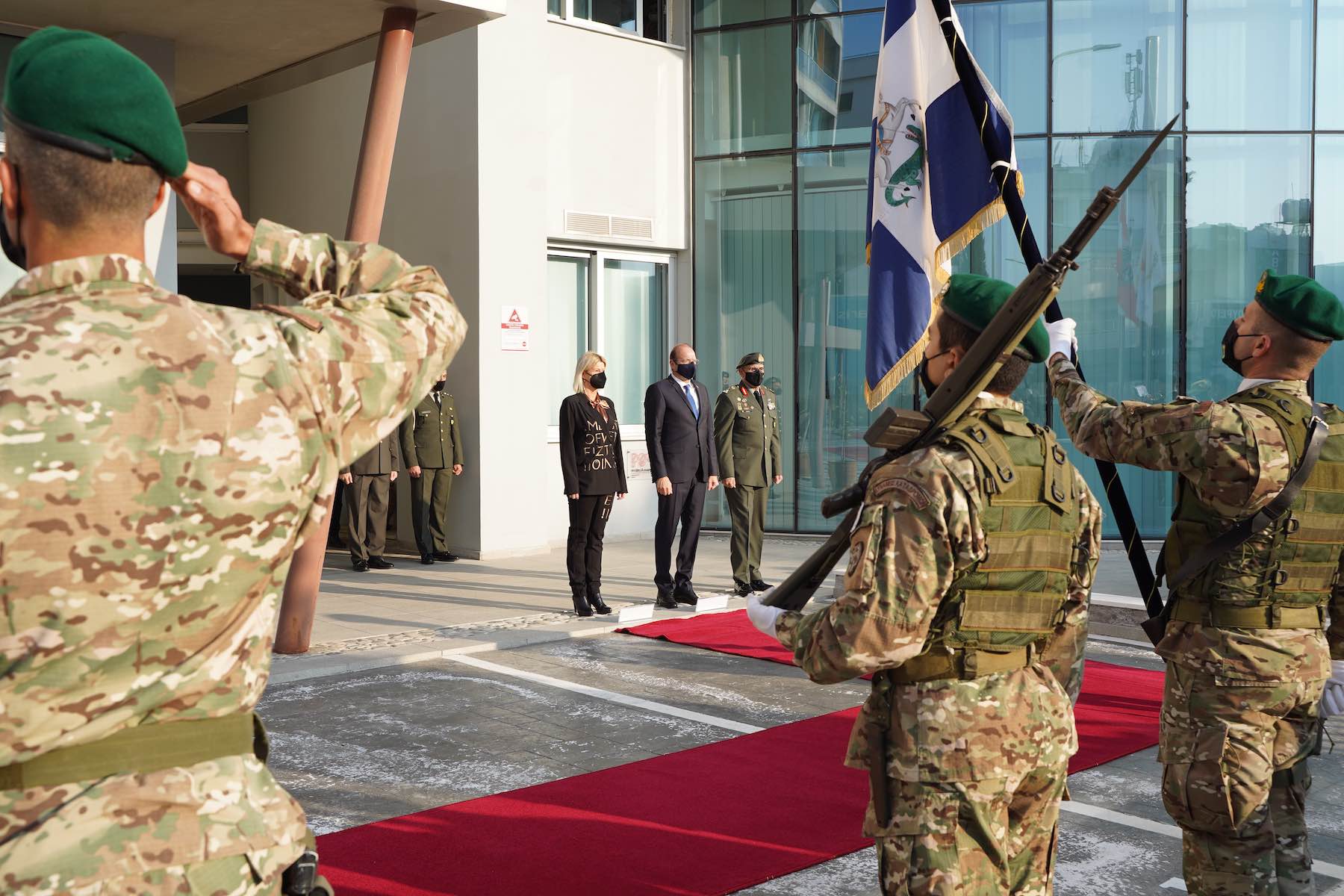 It is with great pleasure that I welcome the Federal Minister of Defence of the Republic of Austria, H.E. Ms. Klaudia Tanner and the members of her delegation.

Cyprus and Austria are members of the big family of the European Union and are like minded in many European and Global issues.

I had the opportunity to express to my Austrian counterpart our deep appreciation for Austria’s long-standing commitment and contribution to UNFICYP. A contribution that is nowadays more important than ever, given the increasing provocations by the Turkish occupation forces along the ceasefire line. 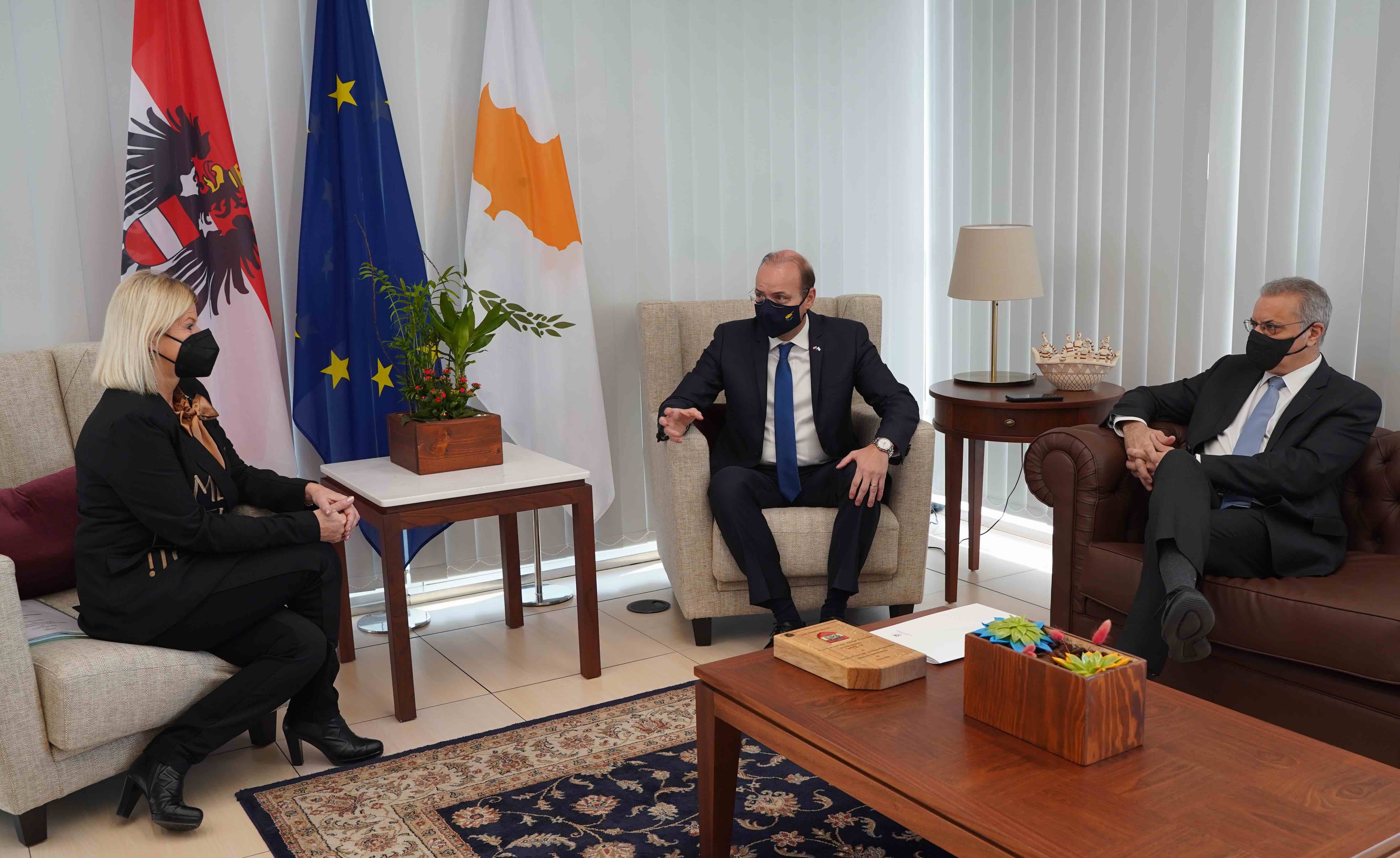 In the same vein, we discussed Turkey’s escalating provocations and illegal activities, in relation to Varosha and Rizokarpaso, as well as in Cyprus’s EEZ and maritime zones, national airspace and the Nicosia FIR. Blatantly disregarding the calls by the international community, Turkey continues with its plans to create new faits accompli on the ground. The international community cannot remain idle.

We also touched upon a number of issues of European interest such as the illegal migration and border security issue, as well as a broad range of regional and other issues from our common agenda, primarily in the context of security and defence, in a spirit of mutual understanding. We both attended the last EU Defence Ministers meeting during which the Strategic Compass was discussed. We look forward to this discussion which will lead to the EU’s increased strategic autonomy, resilience and ability to act to the benefit of its member states and citizens. 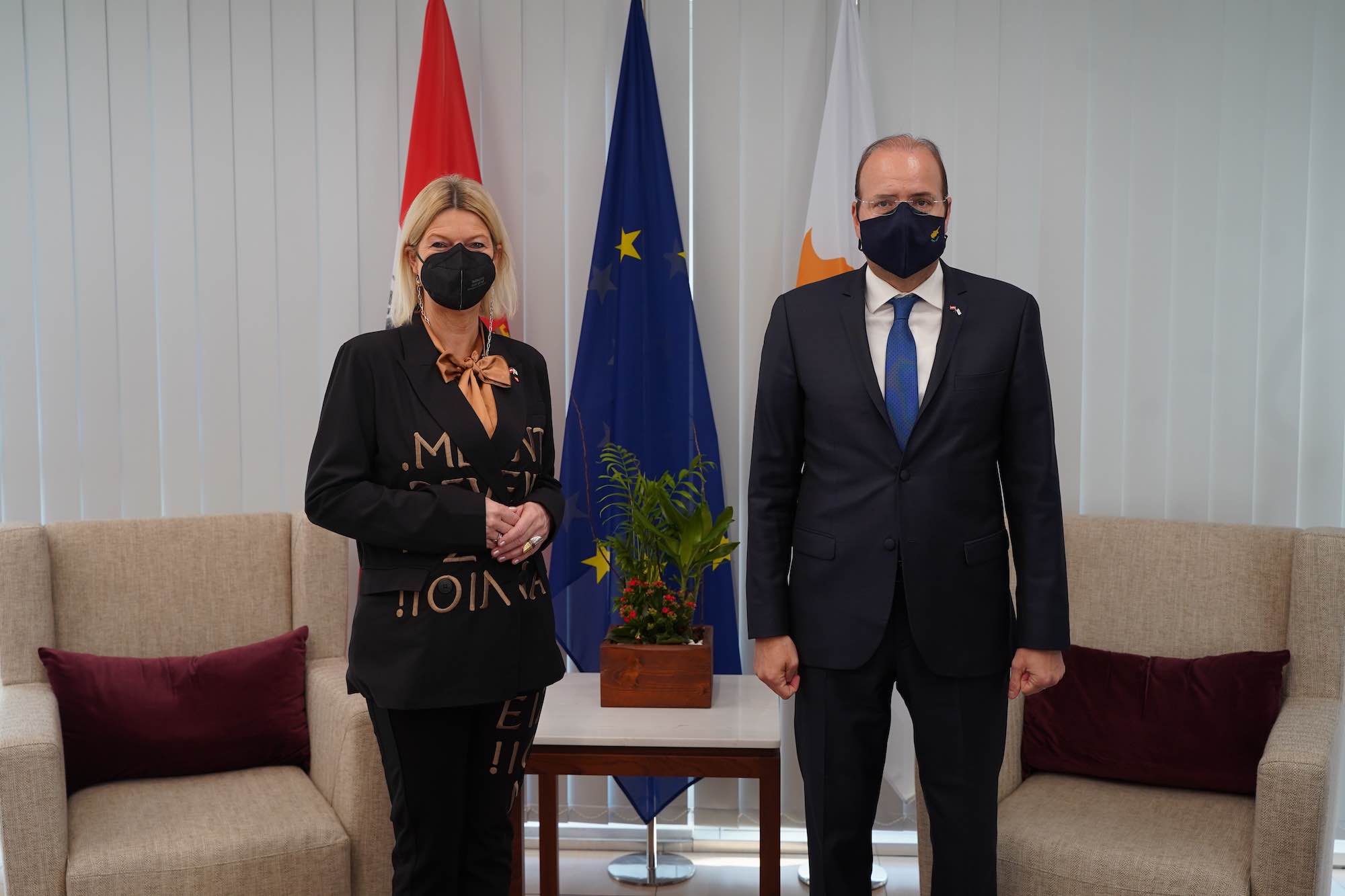 We also share a strong bilateral relation in the fields of Defence and Security.  In this context, we discussed practical ways to further enhance our mutually beneficial defence cooperation, in order to create additional opportunities, for the personnel of our respective Armed Forces.

We have also noted the excellent collaboration between our respective Defence Academies, which for a number of years promote and organise through joint activities, CSDP related training courses. Next May our two countries will jointly organise a CSDP Orientation Course to be hosted in Cyprus.

Finally, and in regards to the current situation in Ukraine, I had the opportunity to discuss with the Austrian Minister, our concern about the military build-up in Ukrainian Russian Border and the need to exhaust all possibilities for dialogue and diplomatic solution.

Your visit, takes place during a very critical time, not only for Cyprus, but for Europe in general. Turkey's ongoing provocative behaviour and illegal actions in Cyprus and the Eastern     Mediterranean region, test the credibility and ability of the European Union to effectively protect its vital interests, as well as the sovereign rights of its Member States.

Before turning the floor over to you, I wish to thank you once again warmly for taking the time to visit Cyprus in these particularly challenging times.