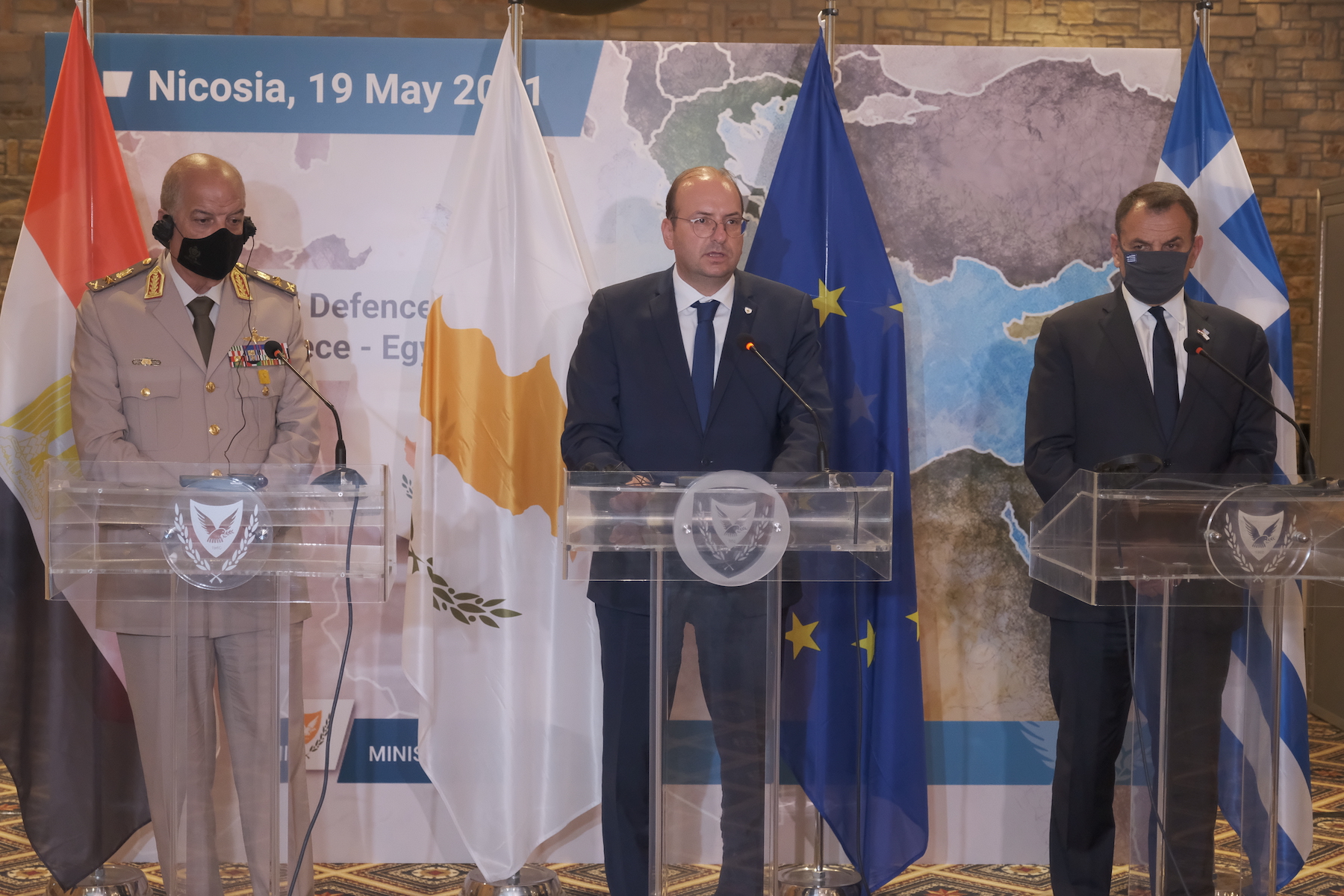 The Ministers reviewed the latest developments and the progress achieved in the field of defence and security, and stressed their common determination to further enhance their defence and military cooperation in order to promote peace, stability and prosperity in the Eastern Mediterranean region.

The Ministers confirmed that the defence cooperation between the three countries promotes the exchange of information, assessments and experiences, and coordinates the capabilities and comparative advantages in productive ways through the participation in training programs and joint exercises. The three countries are currently conducting frequent joint military exercises including Air Force, Naval and Special Forces drills.

The Ministers discussed the possible participation of other countries in exercises taking place within the framework of the Trilateral Partnership between Cyprus, Greece and Egypt, and agreed on giving priority to boosting the trilateral cooperation mechanism in the current period, which would increase the dynamics and objectives of the partnership to enhance the security and peace in the Eastern Mediterranean region.

In addition, the Ministers condemned actions that violate the sovereign rights, territorial integrity and unity of any country and highlighted that it is necessary for all countries to respect the international law rules and the UN Charter, including not using military force against civilians, non-interference in the internal affairs of other countries, and respecting sovereignty of the other countries, the UN Convention on the Law of the Sea (UNCLOS) and the other relevant agreements.

The Ministers reiterated their commitment to further strengthen international efforts to combat terrorism, the illicit trafficking of weapons, smuggling and illegal immigration. Furthermore, they condemned the transfer of foreign fighters by some countries to fuel conflicts or threaten the security and stability of other countries, thus undermining regional peace.

In light of the above, the emergence of new security challenges and threats in our region requires joint threat assessment and a closer cooperation among the three countries to protect their common interests and reinforce their cooperation in the defence domain.

The Ministers agreed to hold the next Trilateral Defence Ministers’ Meeting in Egypt in 2022. 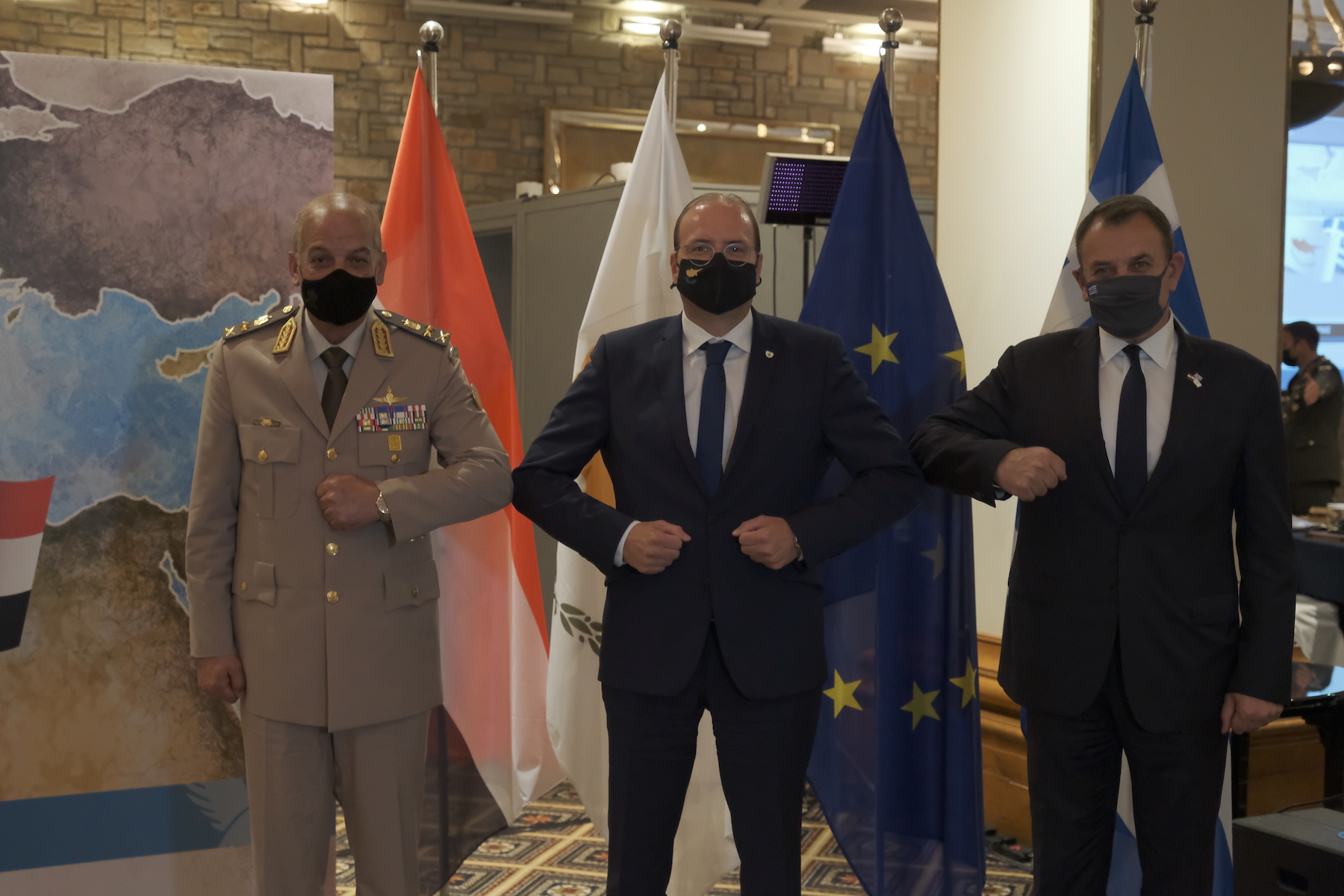 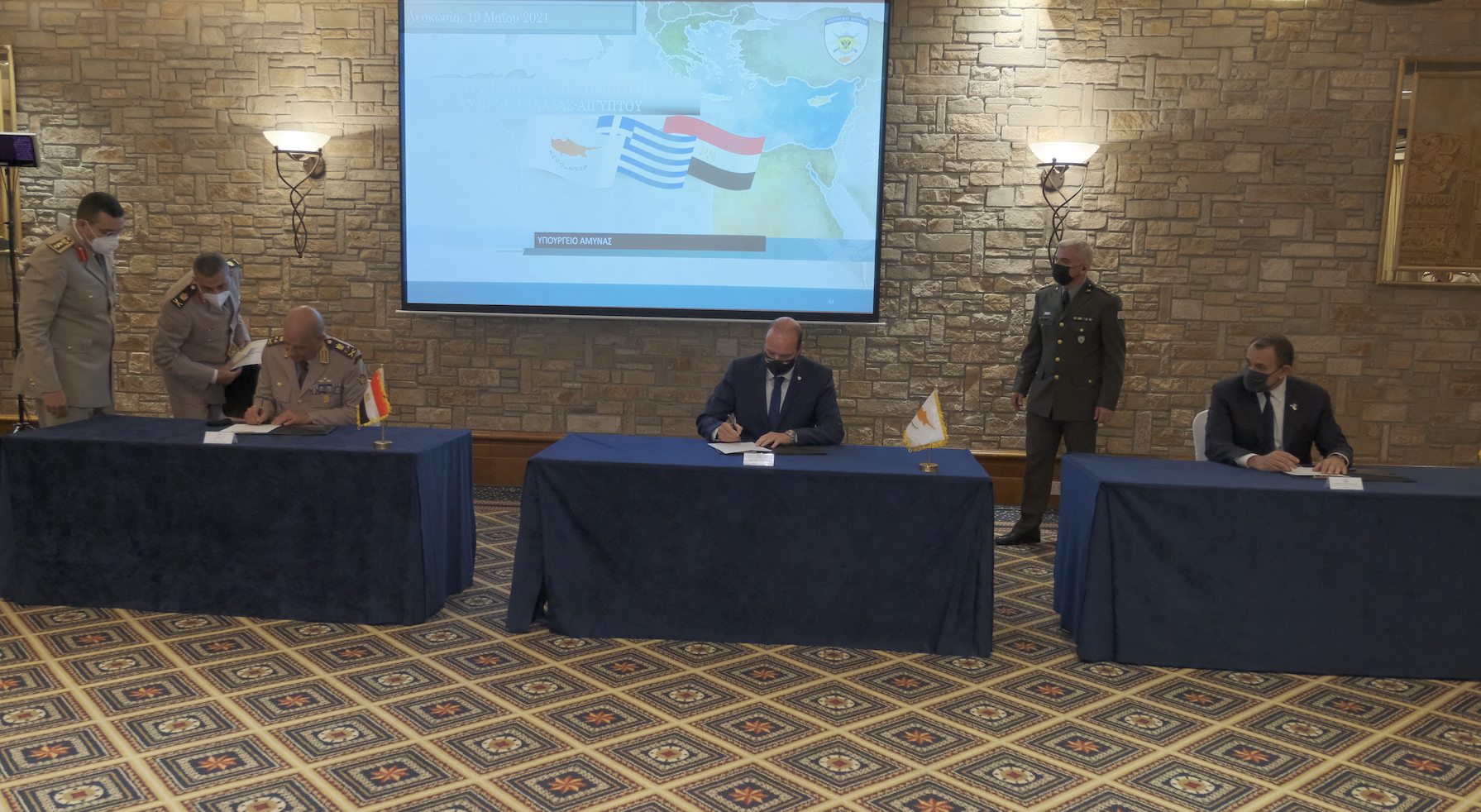